Lena is an 8 month old female Cross-Breed. She spent her first 5 months at Happys kennels in Romania after being found with her mother and littermates at a very young age. Lena travelled to the UK in April 2021 with her brother Beau, with whom she was very tightly bonded, and they have lived together with a loving family for the past 3 and a half months.

Littermate Syndrome had been holding Lena and Beau back from fully developing their own personalities and so they have been doing a lot of training around learning how to cope without relying on each other. Although incredibly sad for their current owners Lena is now ready to flourish in a new home away from her littermate where she can begin her new adventure. 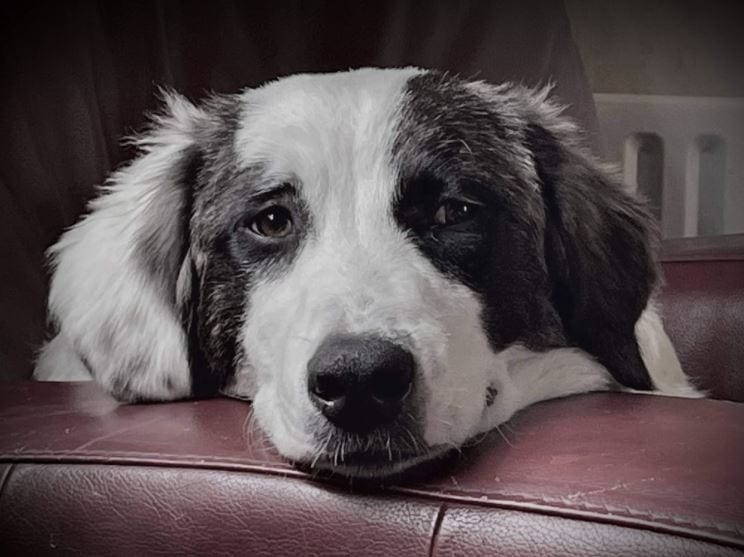 Lena is a sweet-natured loving dog and would sit forever in front of you lapping up strokes and being groomed. Lena is great with other dogs and loves to play. She enjoys running around in the garden and would enjoy having a playmate. Lena can also entertain herself and loves playing with her toys. She is particularly fond of her Kong toy full of frozen natural yoghurt. She travels well in the car and loves going for walks in the countryside.

Lena does not bother you at the dinner table and she sleeps soundly through the night on a dog bed next to her owners bed. Lena is progressing well with training and has completed her first junior training course. As well as basic training Lena has been learning recall with a whistle and responds very well. A new owner should continue her training classes and her socialisation with other dogs as well as people. Lena has now decompressed from her journey to the UK from Romania and is used to living in a home with a family around her.

Lena can still show some nervousness when coping with new experiences and her new owner will need to continue to develop her confidence. She can be sensitive to noises outside of the house or garden and so can be quite vocal at times but she is learning coping mechanisms with the advice and guidance of a behaviourist and is making great progress. Lena is house-trained mostly and asks to go out by coming and giving you a lick but she occasionally has an accident but these are becoming fewer and further in between.

A rural location would be better for Lena as she can be sensitive to noise but becoming less so over time. Lena hasn’t lived with children but has been very friendly to children when she has met them.

The Best-Rated Dog Strollers of 2021