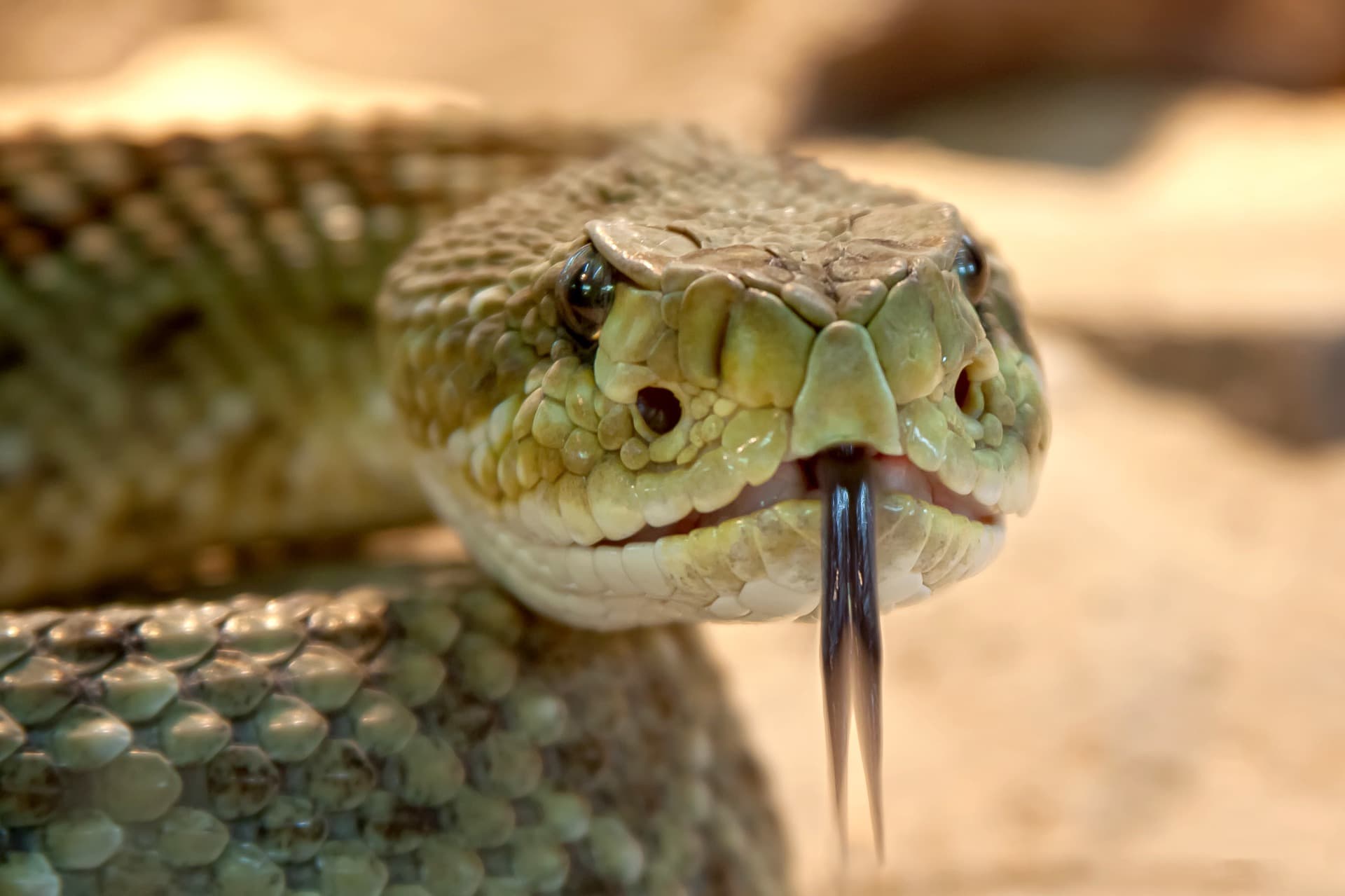 When the climate gets warmer, and critters start coming out of their nesting areas, you can’t know which snakes you’re likely to meet. And since rattlesnakes are the most common, most people end up mistaking other species for them.

Rattlesnakes are fascinating reptiles, but they aren’t the safest, so people fear them. Unfortunately, other harmless critters suffer the lash from the rattler-phobic humans due to misidentification.

For this reason, it would be best to study snakes around you, know the ones that look like rattlesnakes, and how to identify a rattlesnake. It can help, too, if you desire to keep a pet snake.

Here’s the snake that people mistake for rattlesnakes the most. An untrained eye finds the gopher, looking eerily similar to the rattlesnake.

The gopher has transverse, square, or diamond-shaped bar markings that resemble those of a rattlesnake. It also has similar no-nonsense temperaments and will always mimic a rattlesnake when defending itself.

The only thing is that if the gopher makes a rattling sound, it’s not with the tail but with the mouth. Or, it could be passing over dry leaves.

Gophers also don’t raise their tail while rattling but keep them closer to the ground. Finally, you’ll note that it lacks a tail if leaves aren’t hiding it – a clue that it isn’t a rattlesnake.

The gopher’s markings are darker than a rattlesnake.

Rattlesnakes have a unique body build, with a triangular head and narrower neck, making the head appear too heavy. These snakes only share a similarly short and squat appearance with viper boa, a “viper” superficial resemblance that gives them their name.

Other snake species, including the young blood, Sumatran short-tailed, and Borneo short-tailed pythons, also try to mimic this appearance. However, they become more massive than rattlesnakes when they grow in length.

Unfortunately, most people find it hard to identify a rattlesnake from a distance because it has a lookalike-the prairie kingsnake.

Prairie kingsnakes resemble rattlesnakes by displaying a similar self-defense strategy. They coil up to form an S-shape and vibrate their tails against dry leaves to produce a warning notice when they feel threatened.

This species also possesses light unmarked bellies similar to a timber rattlesnake. However, one noticeable difference between the two is the tail. They both use their tails to produce sound, but rattlesnakes have rattles at the tail tip while kingsnakes do not.

Kingsnakes also don’t have “pits” on the heads, which have a more rounded shape.

The Eastern Milksnake is well-known for its use of a rattlesnake’s mimicry as a defensive strategy. They also vibrate their tails to wade off potential threats and have bright blotches that make people mistake them for a rattlesnake’s transverse blotches.

Unlike the rattlesnake, the eastern milksnake is non-venomous and harmless. However, mistaken identity has made them fall victim to being killed by humans who think they’re dangerous.

Eastern Hognose snakes are pretty much different from rattlesnakes, although they occasionally bear cross-marking that makes them appear like rattlesnakes at a distance.

These snakes also mimic rattlesnakes when threatened by coiling their bodies into an “S.” They also puff up their head such that it’s bigger than the body. However, the hognose rolls over to play dead in case the rattlesnake stance fails to work.

The Eastern Indigo snake is non-venomous, does not have pits, fangs, or rattles. But, that doesn’t stop them from mimicking a rattlesnake’s characters.

Eastern Indigos flatten their heads, vibrate their tails, and hiss just like rattlesnakes when threatened. Both have stout and well-built bodies. However, the visual differences between the two species are apparent.

The venomous rattlesnakes have triangular heads and mottled brown, gray, or black coloring. On the other hand, Eastern Indigo snakes are smoothly scaled, with blue-black glossy skin.

Why You Can Confuse Other Snakes for Rattlesnakes

Although venom is a powerful defense tool in the snake world, not all snakes have developed the metabolism to produce or the mechanism to deliver it.

Snakes that cannot produce and deliver venom mimic the looks and characters of their venomous mates. They take advantage of the benefits of venom without actually possessing it.

Rattlesnakes are venomous snakes; no wonder other snakes want to look like them. Other snakes have evolved to develop similar markings and display a convincing rattlesnake impression to scare away threats whenever they feel cornered. For this reason, humans sometimes find it hard to determine whether the snake before them is a rattlesnake or not.

How to Identify a Rattlesnake

Rattlesnakes get their name from the rattles at their tail tip. A new rattle attaches itself at the end of the tail after the snake sheds its skin.

Rattlesnakes will always defend themselves using their raised tails. When threatened, they coil and shake the tail, producing a rattling (hissing) sound that warns any potential threat to stay away.

You may hear a rattlesnake before you see it.

Rattlesnakes are pit vipers, and just like other vipers, they have a triangular head that’s larger than the neck. They are also generally heavily-built critters with bulky bodies and narrower tails.

This body build is common among rattlesnakes but rare among other species.

Being pit vipers, rattlesnakes have “pits” on the sides of their heads just above the nostrils. They use these structures to detect heat from potential prey.

Their eyes also have diamond-shaped pupils that make them appear like a cat’s slits.

Rattlesnakes are always quick to strike, coiling into an “S” and raising their heads. They are venomous, which can be dangerous when they bite, but rarely fatal. However, the bite can result in severe medical issues or even fatalities if you leave it untreated.

Rattlesnakes are often the most common poisonous critters in an area. However, all snakes bite so, it’s advisable to never interact with snakes you cannot identify with certainty.

It would be best to study the snakes around you to determine what makes them different from the venomous rattlesnakes. This way, you will not end up killing harmless snakes.