Do Possums Make Great Pets? What You Need to Know! 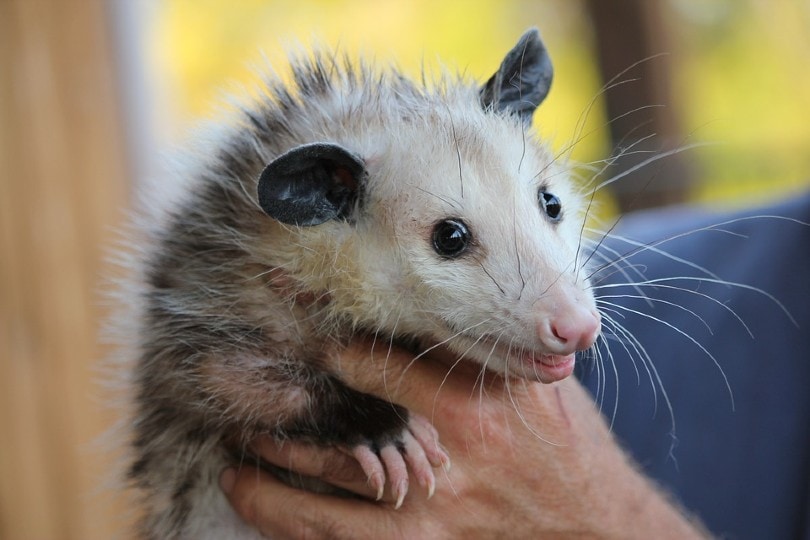 Possums are wild animals that are becoming increasingly popular as exotic pets. However, do you really want this as a pet in your home? Do possums make good pets, or are they animals that you should skip over and consider a cat or dog instead?

Overall, opossums do not make great pets. These animals can only live properly in the wild. Sometimes they do have to be taken care of in captivity for a while, such as to heal after being injured or if abandoned babies are found. Wildlife rehabbers are the only people who are properly qualified and skilled to care for wild opossums.

While almost all animals start as wild, some species are better equipped to be human companions, and others are better left in the wild.

If you are wondering why a possum doesn’t make a good pet, here are a few reasons that they can be a challenge in the home.

When an animal is nocturnal, it means that they are awake or most active during the night. They will need to get exercise during the night, wander around, and make noise when you likely want to be asleep.

Opossums are quite solitary creatures. They don’t roam in groups but prefer to be alone. Although they aren’t normally aggressive, they aren’t likely to enjoy being handled, cuddled, or around you or your family for too long. If they are extremely uncomfortable, they are likely to pull a fake death and completely stop interacting with you.

Possibly the worse thing about having an opossum as a pet is their propensity to carry hazardous diseases. They have a natural resistance to many diseases that are incredibly dangerous to humans and other pets, like cats and dogs.

But because of this, they can have the disease without manifesting any symptoms. If they get frustrated and bite or claw at you, they can transfer the disease.

Diseases that they can carry include:

They also eat insects that carry diseases such as ticks, fleas, lice, and mites. That increases their likelihood of carrying things like Lyme disease.

Opossums are opportunistic omnivores, meaning they will feed on almost anything that they can find in the wild. That also means it can be challenging to balance the highly varied diet that an opossum should have.

An opossum will eat all kinds of insects, fruit, nuts, and even small animals in the wild. However, you will often find opossums in suburban areas or next to highways because they frequently feed on carrion. That means they scavenge alongside roads to find roadkill and eat it, no matter how long it has been dead.

As an owner, that puts you in a bit of an awkward spot. They will happily snack on anything dead that they find while out and about, putting your family in danger of any disease that the dead animal might have harbored.

If you find an injured opossum or one that ends up in danger or endangering others, you should contact your local wildlife technicians. You should never handle a wild opossum by yourself, primarily because of the plethora of dangerous diseases that they can harbor. Handling one yourself can put you or your family at risk.

All things considered, it is best to avoid having an opossum as a pet, both for your and their sake. They are better left in the wild.

What Do Mealworms Eat? | Pet Keen