Home » OYE BAGGU » What is a Sunday Conure? (With Pictures)
OYE BAGGU

What is a Sunday Conure? (With Pictures) 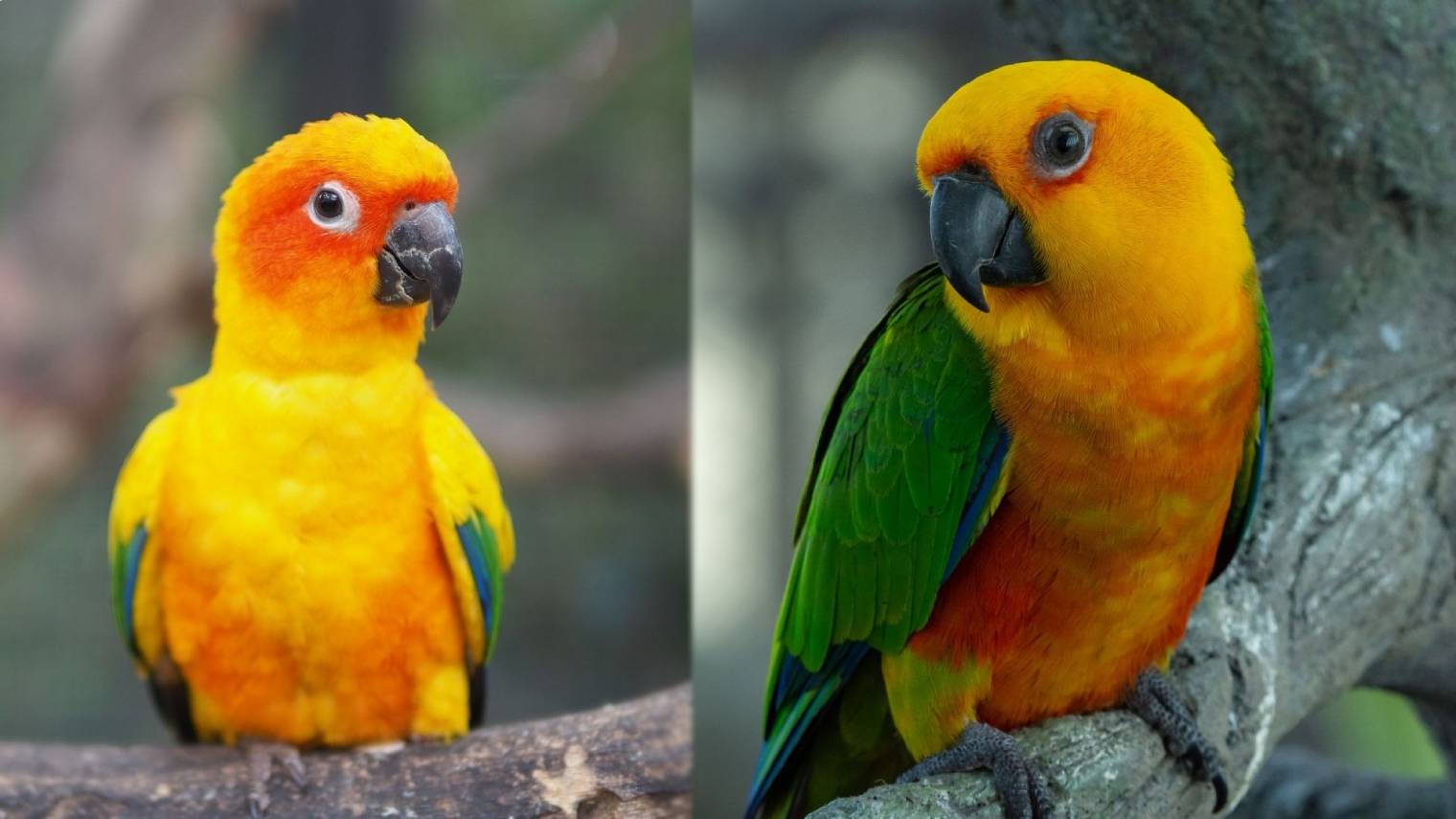 When exploring the avian world, you will find that many species have more than one common name. That can make it difficult to find a pet. You may think that the Sunday Conure is another riff on the Sun Conure or Sun Parakeet. It’s not. Instead, this bird is a hybrid between the Sun Conure and the Jenday Conure or the Jandaya Parakeet. Are you confused yet?

A hybrid is the result of breeding between two similar species, such as a horse and donkey to get a mule. It can occur naturally or through selective breeding. In this case, we have birds from the same genus that occupy similar ranges in South America. While the care in captivity is the same, their life histories and future in the wild represent two very different paths.

Not surprisingly, these facts almost make the Sunday Conure somewhat controversial on several fronts. We’ll discuss the parent species in detail, beginning with their conservation status and lifestyle. We’ll also explore the care of the Sunday Conure.

Place in the Wild

Both the Sun Conure and Jenday Conure live in the forests of Brazil. Researchers believe that the former may also reside in Guyana, but it’s uncertain. The Sun Conure is an endangered species, according to the International Union for Conservation of Nature and Natural Resources (IUCN). Less than 2,500 birds are thought to exist.

Its primary pressures are agriculture, with both crops and rangeland. Hunting also poses a threat. However, the main thing affecting the population of Sun Conures is the pet trade. While limits to the number of exports exist, the illegal market takes a profound toll on the birds. Part of the reason is the demand. However, the conures make it easy to poach them.

On the other hand, the Jenday Conure is a species of least concern, according to the IUCN. Its numbers are stable. The population isn’t fragmented, which can have a direct impact on the species’ stability. It’s worth mentioning that this bird stays close to home, whereas the Sun Conure is nomadic. That makes it more vulnerable to poaching. These facts come into play with the discussion about Sunday Conures.

Hybridization isn’t uncommon with this genus. After all, the birds occupy similar ranges and will likely encounter other species. The problem exists within the pet trade and enthusiasts. The only Sun Conures you’re likely to find are captive-bred birds. Its conservation status takes it off the table in the legal pet trade. The ones that you will see are expensive, brushing close to the four-figure mark.

As you may expect, all these factors have created the perfect storm to fuel hybridization to create so-called designer species, such as the Sunday Conure. The problem is that it dilutes the species. Moreover, it’s uncertain the percentage of the captive birds are hybrids and not Sun Conures. The risk is whether this species becomes extinct and whether a pure bloodline exists to reintroduce them.

Conure enthusiasts may also have concerns about the purity of the species and its effect on the pet trade. Both species are striking birds. The difference lies with the more vibrant colors of the Sun Conure, with less green and more yellow. Ironically, this variation has also fueled the illegal pet trade.

It’s helpful to understand the life histories and behavior of the parent species to learn what to expect when you get a Sunday Conure. Many of the differences are subtle that lie more with its ecology than other aspects of its life history. As we’ve discussed, the variations have revealed a vulnerability that has proved decimating to the Sun Conure.

Both conures are part of the Psittacidae family that includes many familiar parrots, such as macaws. They have hooked beaks and claws that help them get food and manipulate it to eat the foodstuffs. The Aratinga genus lives in South America. They are social animals, which is a common trait with similar species, such as parakeets.

Green is the primary color of these birds, which provides excellent camouflage in the dense forests of their native habitat. Orange and yellow are also common, which serves a similar purpose that looks like sunlight finding its way through the vegetation.

The Sun Conure can reach lengths up to 13 inches, giving it a size edge over the Jenday Conure. The primary colors are yellow and orange over the top of its body. The latter is the dominant shade around the belly and face of the bird. Its legs are grey and bill, black. The bird has a white eye-ring, which emphasizes the bright coloration.

The Jenday Conure has a yellow head, but the rest of its body is predominantly green. Therein lies the main differences in appearance between the two species. It also has a black bill and a white eye-ring. At a glance, both birds look similar. The amount of yellow in the plumage is the defining characteristic of the two species.

Both the Sun Conure and Jenday Conure make delightful pets that are affectionate and easy to please. It’s one of the things that has fueled the legal and illegal pet trade. They are social creatures that typically live in large flocks in the wild. As you may expect, they are both vocal as a result. After all, that’s probably one of the only ways you’ll be heard when living in a group.

It’s imperative to interact with your pet, especially if you have only one bird. That’s the bane of getting a social animal, such as the Sunday Conure. It’s essential for their mental health. You should plan on spending at least an hour a day playing with your Sunday Conure. It’ll make it easy because it’s easy to train and quite intelligent.

Positive reinforcement with treats is the best approach. Unlike other parrots, the Sunday Conure won’t learn to talk. It’s not that it’s not vocal. It’s just that mimicking words isn’t on its radar. However, sounds are a different story. You may find yourself reaching for your cellphone when it’s your pet imitating your ringtone.

You should plan on getting a cage that is at least 3’ L x 2’ W x 2’ H. That will ensure that it’s big enough to prevent injuring your bird’s wings when it flies. A broken wing shaft bleeds profusely. We also suggest putting some accessories inside of it, including perches of varying heights and diameters. That will help replicate the conure’s environment in the wild.

If you want to let your bird out of its cage, bear in mind that a conure chews a lot. They’ll make short work of anything they can find. Remember that it’s normal behavior. To avoid issues, offer your pet more suitable choices.

Both the Sun Conure and Jenday Conure have a varied diet because of the plentiful bounty that their habitat provides. They’ll eat a broad range of foods, from berries to fruits to nuts. They may even take the occasional insect. You can offer your pet a commercial pellet diet to satisfy its nutritional needs. Fresh fruits and vegetables are excellent supplements.

However, you should not give your Sunday Conure fruit seeds, which can often contain toxins. For example, apple seeds contain a precursor to cyanide. You should also avoid avocado and other common food poisonous to animals, such as chocolate.

The Sunday Conure may or may not exist in the wild. As a hybrid between the gorgeous Sun Conure and the affectionate Jenday Conure, this bird makes a delightful pet. It’s easy to train, with a long lifespan of 30 years or more. If you’re looking for an avian companion, you can’t do much better than the Sunday Conure.