Why Do Parrots Talk? 3 Main Reasons 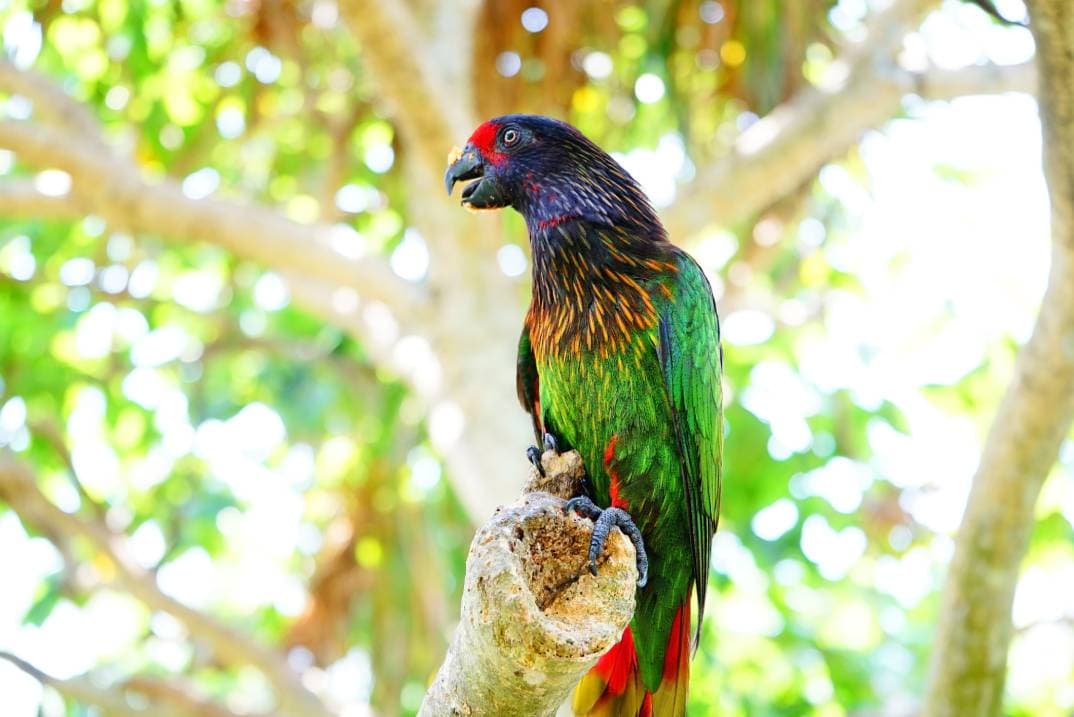 There are many parrot owners in the United States, and many of us bought our pets in order to teach them to communicate with us. Humans and birds are a few of the only animals on the planet that can say words, and many people would like to know more about why these fascinating pets can speak. If you would like to understand your parrot better, keep reading while we list all of the most likely reasons your pet talks and why you should be careful about what you say around your parrot.

While parrots don’t learn to speak words in the wild, they have a large vocabulary of chirps and whistles to communicate with their flock. Each flock has a unique local dialect that it uses to find birds of the same community and establish boundaries with nearby groups. Since each flock creates a local dialect, a single set of chips and whistles are not enough. The bird needs to mimic the sounds it hears to recreate the local language successfully and fit in with the crowd. In captivity, your bird is doing what it does best, learning your local language so it can fit in in your home and stay safe.

2. It’s Trying To Communicate with You

After you have your parrot for a while, you will likely notice that it is a keen observer and likes to imitate not only your vocal sounds but your movements as well. Your pet will start to take notice of what causes you to do different things. For instance, if you wake up and feed your bird every time your alarm rings, it might start to mimic the sound of your alarm clock to see if you come with food. Similarly, if you come running every time your spouse yells “Honey,” you can expect your smart parrot to learn how to mimic the word and start using it to call you.

This reason is similar to the last one but is more focused. We mentioned that your parrot is clever and will start mimicking sounds it hears, especially if they cause some reaction in you. When it is seeking attention, it will engage in the same type of behavior, but it will repeat words or sounds relentlessly, not giving up until it receives the attention it seeks. If you continue to ignore it at this point, it may engage in destructive behavior and can damage the items in its cage. It might even start plucking out its feathers.

Be Careful What You Say

If you have a parrot that can learn words, we highly recommend resisting the urge to swear and use obscenities while in the hearing distance of your pet. While we’ve all seen movies and heard stories about swearing parrots, it can cause a big problem for the bird if you ever need to rehome it. Many potential buyers will likely have reservations about purchasing a foul mouth used parrot, and you might have difficulty finding an interested party.

To make matters worse, many owners will tell you that they almost want to learn swear words because it seems to pick them up quickly without any help from you. The reason your pet picks up these words so quickly is probably due to repetition. My people might not realize that they only use two or three expletives over and over during a conversation. Your bird will quickly pick up on these repeating words because it thinks they have some special significance since it hears them more than the others, and it will begin to say them, likely at the wrong moments.

Does My Bird Know What It’s Saying?

There is still plenty of debate about what the parrot can understand and what is simple mimicry. If you always say,” Hello, how are you” every time someone enters the room, your parrot will likely start doing the same. However, for your parrot, this probably translates into something simpler, like declaring a new guest and not necessarily a desire to communicate with that person. However, some owners claim their pets can name their favorite foods and even count basic numbers.

The most likely reason your parrot talks is because it is a master at mimicry, and it is learning to adjust to its new environment. In the wild, it learns to whistle songs and chatter according to the local dialect so it can easily find members of the community it belongs to and will know when it’s in the wrong place. It’s likely doing the same in your home, trying to fit in and learn the local language. In time, it will expand its vocabulary to include words that cause you to give it the attention it wants. However, we recommend that you avoid swearing at all times to help prevent your bird from learning obscenities, which can make it difficult to rehome if something were to happen over its 30+ year lifespan.

We hope you have enjoyed reading this short guide that has, hopefully, helped answer your questions. If you have learned something new about your pet, please share this guide to why parrots talk on Facebook and Twitter.

What Do Wolves Eat? (& How Does It Compare to Dogs?)