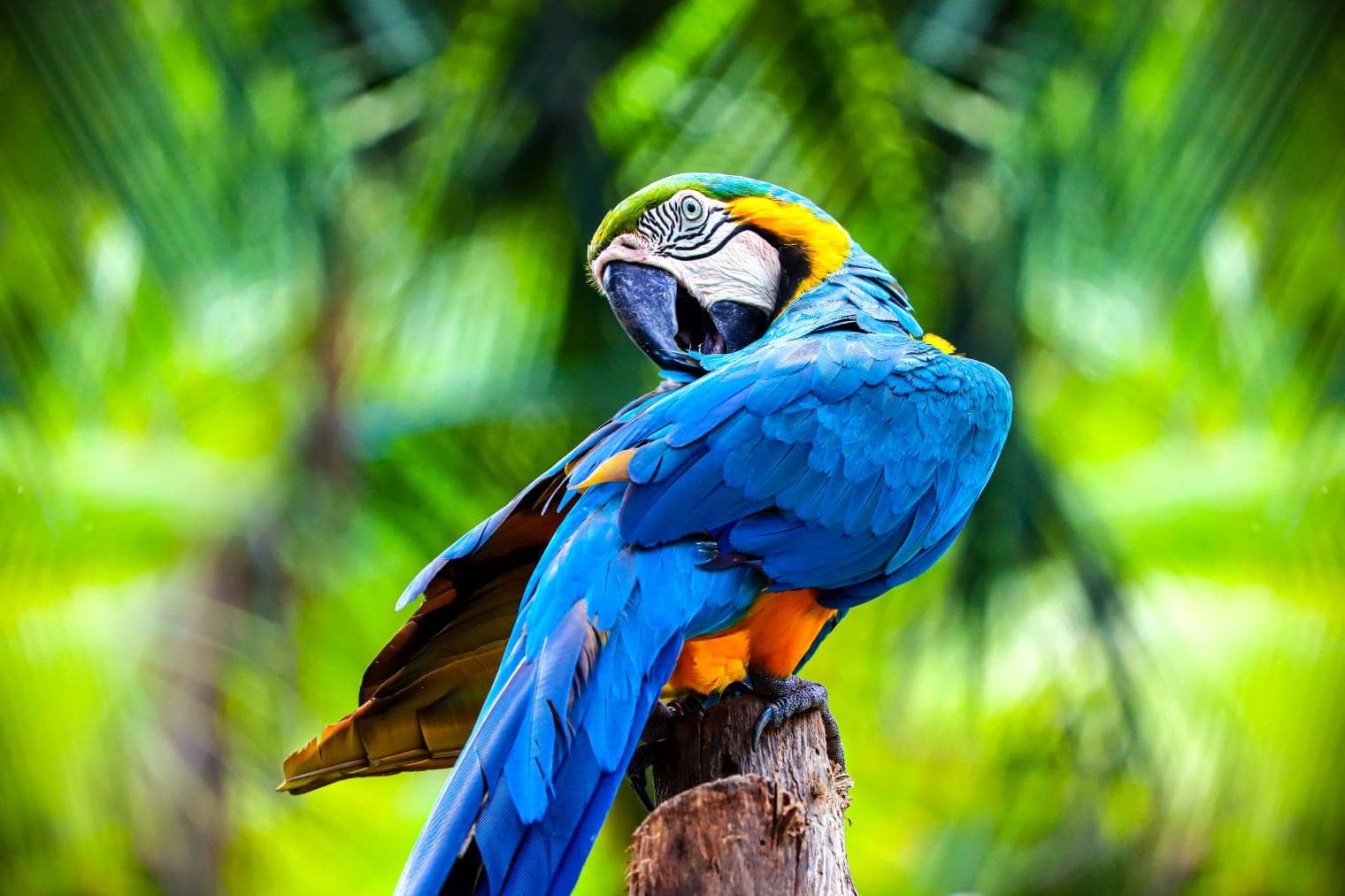 Macaws are undeniably gorgeous birds and have been popular pet parrots for decades. They are intelligent and affectionate and have exceedingly long lifespans, making them ideal for bird lovers around the world.

Many of the reasons that they are such unique and sought-after pets are also what make them a challenge for many owners; their large size, long lifespan, and noise levels are certainly not for beginners. There are 17 different species of Macaws, some of which make better pets than others and others that are endangered and should not be kept as pets.

Parrot rescue organizations are often filled with Macaws because people want to own one of these gorgeous birds but do not realize the full weight of the responsibility and eventually cannot manage it. Macaws most definitely make great pets, but whether they are the right pet for you is another consideration altogether.

In this article, we look at the aspects that make Macaws such great pets and the more difficult traits to be aware of. Let’s dive in.

Macaws are hugely popular pets among bird enthusiasts, and there are several reasons for this. There are quite a few species of Macaws that are commonly kept as pets, including:

Let’s have a look at a few reasons that these birds make such great pets.

There is no denying the exotic beauty of a Macaw, no matter the species that you choose to keep as a pet. Blue and Gold Macaws are among the most popular, known for their beautiful blue-and-yellow plumage and affectionate relationships with their owners. Macaws can reach up to 3 feet tall, and they have large beaks and long tails and various striking color combinations. This is one of the main reasons that they are such popular pets — their appearance is simply unrivaled by other parrot species.

You May Also Like: Is There a Purple Macaw Species?

In the wild, Macaws are social birds that gather in flocks of 10 or more birds. When you keep a Macaw as a pet, you are now a vital member of their flock, and as such, they will develop a powerful bond with you. While they are wary of strangers and it’s unlikely that a Macaw that you’ve just met will want to cuddle up to you, they are almost puppy-like in affection with the people whom they know well. This is especially true if you’ve raised your Macaw from a young age, but even adopted adult Macaws will eventually warm up to their trusted companions.

Macaws typically mate for life, share their food with their mates and young, and have been shown to recognize their young and siblings and have long-term relationships with them.

Most experts agree that Macaws are among the most intelligent parrots in the world, second only to African Greys. Macaws are logical and discerning birds — hiding their food and picking out seeds that they don’t enjoy — and they have even been shown to be creative and solve complex puzzles with ease. Experiments in IQ and EQ have shown that Macaws are on par with a 2-3-year-old human child, and Macaws are known to display both love and jealousy in the same way too.

Macaws are highly trainable, can be taught a wide variety of tricks, and can mimic dozens of words and phrases and other sounds, like laughing, ringing phones, and singing.

Macaws have long lifespans of 50-75 years, often even more than that, and many will outlive their owners. With the right diet, plenty of exercise, and a happy, peaceful environment, these birds are exceedingly healthy and rarely suffer from any major health issues.

Why Macaws are so difficult to take care of

It’s easy to see why Macaws are such beloved pets for so many people, but keeping a Macaw is certainly not easy and has a unique set of challenges. They can be difficult to take care of, especially for novice bird owners, and there are a few vital points to consider before bringing one of these birds home as a pet.

In general, Macaws make great pets overall — for the right owner. As long as you understand that Macaws are high-maintenance animals that need a ton of time and attention to care for properly, they can make wonderful companions. They are certainly not birds for novice owners, though, and if you’ve never owned a bird before, you may be better off going with a different parrot first.

Where Should You Buy a Parrotlet?