Home » OYE BAGGU » Can a Macaw and an African Grey Live in the Same Cage?
OYE BAGGU

Can a Macaw and an African Grey Live in the Same Cage? 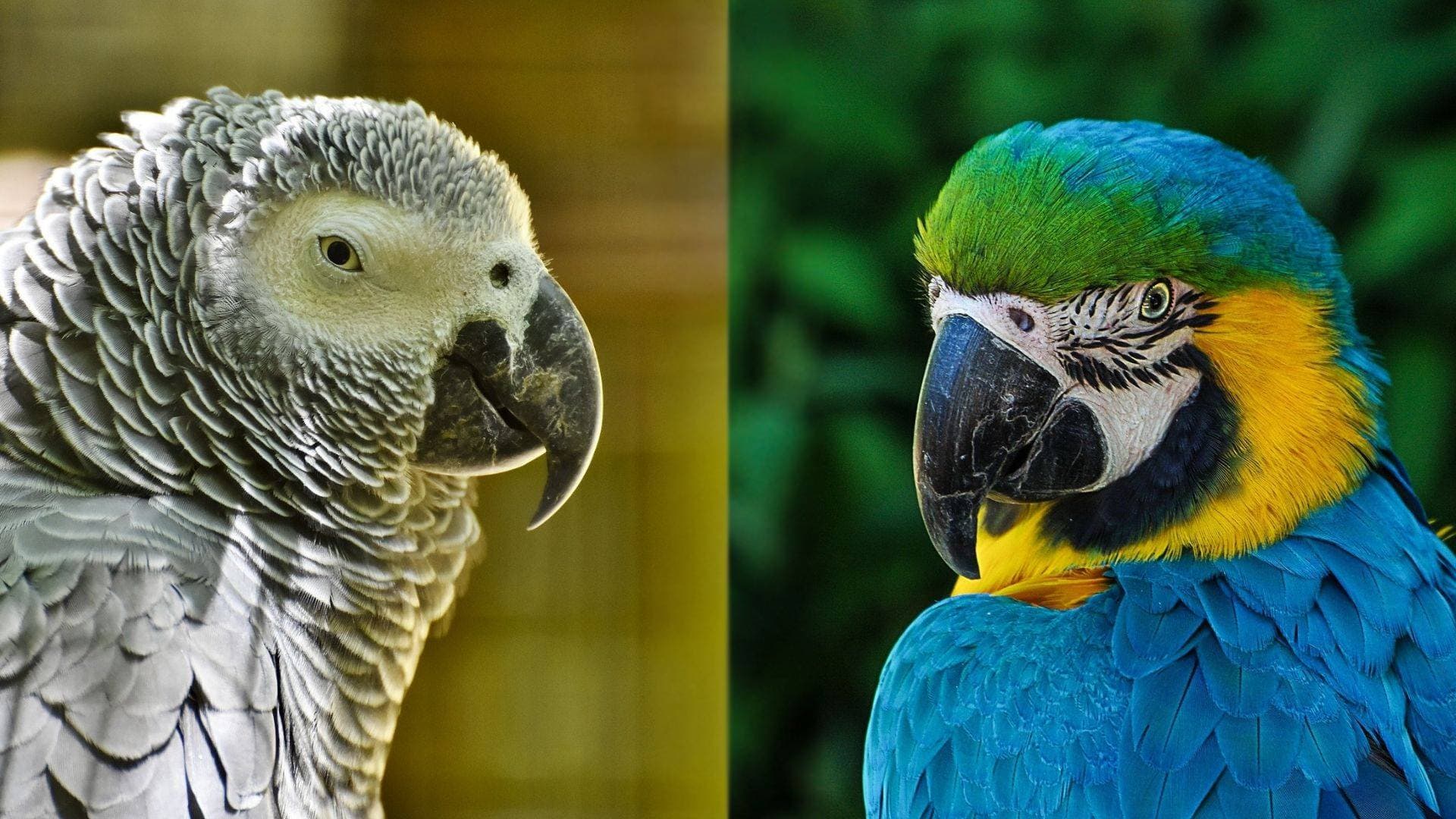 As all bird lovers know, parrots are social animals that thrive in the wild in small flocks and family communities. In captivity, it’s important to try to replicate this bond, and this is usually done by the bird bonding with the owner rather than other birds. Some owners like to keep multiple birds, however, and this makes sense with birds like lovebirds, as they tend to bond for life and typically do better living in pairs. But what about birds of different species, such as Macaws or African Greys? Can these birds get along in the same cage? The answer is not as black and white as it may seem, unfortunately, because it depends on the individual birds. In general, though, both these bird species are happier kept in their own cage.

In this article, we look at why it’s probably best to keep these birds in their own cages, no matter how friendly they seem to be. Let’s get started!

Do Macaws and African Greys get along?

Both Macaws and African Greys are social birds in the wild, living together in small flocks and often mating for life. In captivity, however, they tend to bond with their human owner rather than other birds, and they often see another bird as a threat to that bond. Parrots can be highly territorial when it comes to their nests, and in captivity, their cage substitutes as the nest that they instinctually feel the need to protect.

In general, Macaws and African Greys rarely get along living with birds of their own species, and there is even less chance that they’ll get along with birds of other species. While they may get along outside their cage, as soon as they are placed in a cage together, their territorial protection instincts will likely kick in, resulting in fighting and injury.

If you have an outdoor aviary, complete with plenty of branches, real plants, hiding spots, and sufficient space, the chances are far higher that two parrots of different species will get along. Of course, both these parrots are large birds, and you’ll need an aviary of substantial size for this to be possible.

When it comes to indoor cages, which most parrot owners are limited to, chances are high that your parrots will end up fighting. The main reason for this is that it is exceedingly difficult to find a cage with enough space. Both birds should have enough space to freely stretch their wings and have their own perches, ladders, and food bowls. You’d need a large cage for two parrots that are among the largest in the world.

Unless you can feed both birds outside their cage, which can become time-consuming and messy, another big issue with cage-sharing is food. The larger Macaw may eat more than their fair share, leading to malnutrition in the African Grey, or the other way around if the Grey is more dominant. These birds should also be fed on pellets that are specially formulated for the species, and the pellets for Macaws may be too large or lacking in certain nutrients that are essential for Greys. It can be exceedingly tricky to make sure each bird is getting the nutrition that they require if they are sharing a cage.

You may have heard plenty of stories of different parrot species happily sharing cages for years, and this is certainly possible, especially if the parrots were raised together from a young age. The problem is that this could all change in an instant, with a flared temper or squabble over food, leading to potentially fatal injuries in one or both birds. Also, parrots in captivity form powerful bonds with their owners, bonds that are unique to birds only. If you house two parrots together successfully, they are likely to bond more closely with each other than with you, leading to a less than ideal relationship with your parrot.

It’s well known among African Grey owners that these birds let off a large amount of dust from their feathers, which can be a challenge to keep clean all on its own. This dust can easily cause respiratory problems for your Macaw, as they’ll be breathing it in every day for years.

If you’d like to own a Macaw and an African Grey, the unanimous advice from avian experts is to keep them in separate cages. They can be in the same room together, so they can interact and communicate, but each should be kept in their own cage, where they can feel safe and secure. This way, there is no risk of fighting or injury. Your parrots can still enjoy one another’s company as neighbors rather than roommates.

Macaws and African Greys are best kept in their own cages, no matter how docile the individuals may seem. There is always the risk of fighting, even after years of peace, and the sharp hooked beaks of both these birds can do serious damage and can even be fatal.

Related Read: Macaw vs. African Grey: Which One Should You Choose? (With Pictures)

Your Pet Bird Flew Away? Here’s What to Do!