Home » OYE BAGGU » What Do Mice Eat in the Wild and as Pets?
OYE BAGGU

What Do Mice Eat in the Wild and as Pets? 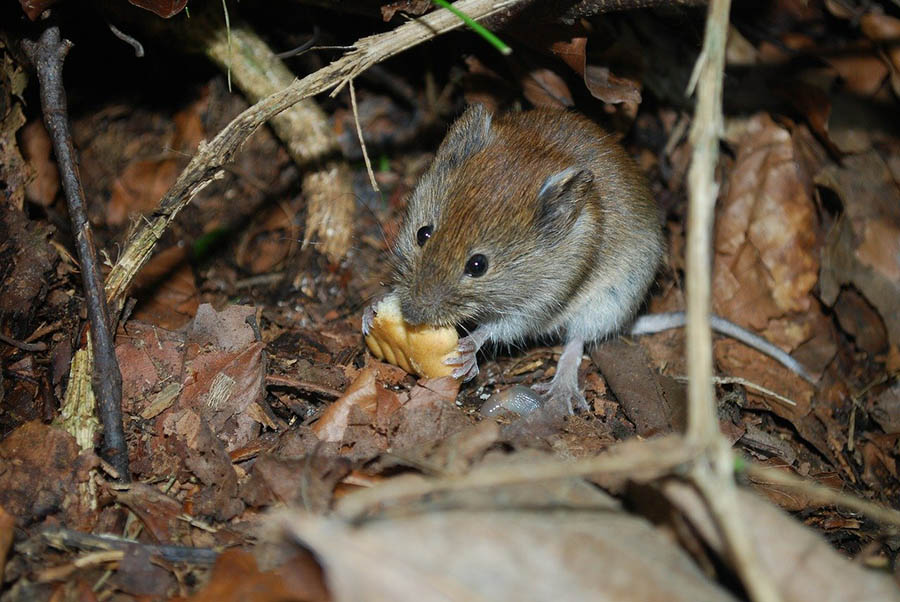 Mice are ubiquitous rodents that dwell in the countryside, homes, old vehicles, and sometimes in a cage on our dresser. If you know a little about these little cuties, you might wonder just how different they are from their wild friends out there.

Let’s get to know the diet and lifestyle of wild mice and domesticated mice. Then, you can gauge just how domestication changes the natural diet of feral mice.

Mice are incredibly hardy, prolific breeders that can be found in just about any type of terrain or country on the map. They are highly adaptable foragers and scavengers, knowing just what to look for to feed their panging hunger.

Mice also store food out of habit. Instinctually, these critters don’t know when their next meal will be, so they stash it away for a rainy day. This private food hoard is called a “cache,” which is usually less than 10 feet away from their nest.

Although mice might scurry away from predators or the scuffle of human feet, they can be quite social in their own groups, especially when they are domesticated. However, mice can also be territorial creatures that prefer to stay alone, surviving as needed in the great outdoors.

For years, human beings have studied the behavioral habits of mice, as they interestingly mimic us in many ways. These plentiful creatures encompass the world, withstanding wastelands, grasslands, swamplands, and suburban/city areas.

Back in the 1700s, there are historical records of folks keeping mice as pets in Japan and China. Once Europeans caught wind of this, they started to import them to breed what would become common laboratory mice you see today.

All mice are opportunistic omnivores, meaning they will snack on anything they can get their little paws on. In urban settings, mice eat a broad spectrum of foods, including rotting items. Country mice usually eat more vegetation, but they will eat animal matter, too.

What a mouse is eating depends quite a lot on where they live. Since mice are such adaptable creatures, they can consume just about anything they need to survive. Mice are even known to eat rotten meat or veggies as a means to get sustenance.

Wild Mice in the Home

Mice can be destructive and disease-laden, which can be detrimental to other species—including humans. They can carry potentially harmful bacteria in their urine and feces, like salmonella, lymphocytic choriomeningitis, and hantavirus.

Mice can also devastate your cupboards and destroy your belongings. They are expensive critters to live with in your home without your consent.

Since modern days, we have been combatting infestations in urban settings. And many people keep mice as pets or feeders for other pets.

Mice are one of the most common pest control problems today, accounting for 30% of all cases.

If you have furry little mice living in your attic or basement, you might know all-too-well the damage they can cause. You can find chew holes in boxes of cereal, mouse poop in your silverware drawers—the list goes on.

Your home is a treasure trove buffet of delights. Mice have all of the material they need to make bedding and food to go around. And once you find one—you can bet there’s more where that came from.

In the wild, mice have to be careful with their every step. Just as they spend time out looking for rations, so do other animals hiding in the bushes—and mouse is on the menu.

The primary predators of mice depend mostly on the area they live. Basically, anything larger than a mouse that eats meat (even rats) can make a meal out of a mouse. However, here are a few:

The most obvious difference between wild and domesticated mouse diets is consistency. Wild mice eat as they can, stockpiling extras for times when rations are low. Domestic mice might hoard, but it’s instinctual and not from necessity.

Let’s take a look at the different life stages and how they differ between the country mouse and the city mouse, so to speak.

As with most animals, newborn mice are entirely dependent on their mothers for the first several weeks of life. It has all of the crucial nutrients their bodies require to develop appropriately. Pups can munch on certain foods just a few days after they’re born.

In the wild, mice are fully weaned by 3 weeks—able to forage for their own food. In a cage setting, you can leave the mama with babies until the pups reach five weeks of age. After this point, babies should be separated to avoid unwanted breeding.

In nature, juveniles quickly learn the ropes—alternating between finding a meal and trying not to become one themselves. Since they are opportunistic eaters in the wild, they will find what they need to survive.

In a pet setting, juvenile mice are still growing, requiring at least three small meals per day. Feed them commercial block portions based on their life stage—as directed on the box.

If a wild mouse is lucky to reach adulthood by 6 months of age, its eating patterns change. Older wild mice gather as much food as they can find to put in their cache, and they can eat between 15 and 20 times per day.

It would be best to feed a domesticated mouse a diet of commercial mouse food, leafy greens, and fruits. You should avoid mixed bags of food, as mice pick out the pieces they love most and leave the rest, leading to malnutrition. A commercial block is ideal.

Here are some key visual differences between wild mice and their domesticated cousins.

So, now you know the dietary differences between wild and pet mice. Remember, wild mice feast on whatever they have available to them. But a domestic mouse needs a wide spectrum of nutrition offered through commercial pellets and fresh foods.

If you have a litter or adult wild mouse at home, contact a wildlife rescue near you for further guidance. This article is in no way a replacement for professional advice and information.

What Do Ball Pythons Eat in the Wild & As Pets?

8 Popular Large Birds to Keep as Pets (With Pictures)