Can Two Macaws Live Together in the Same Cage? 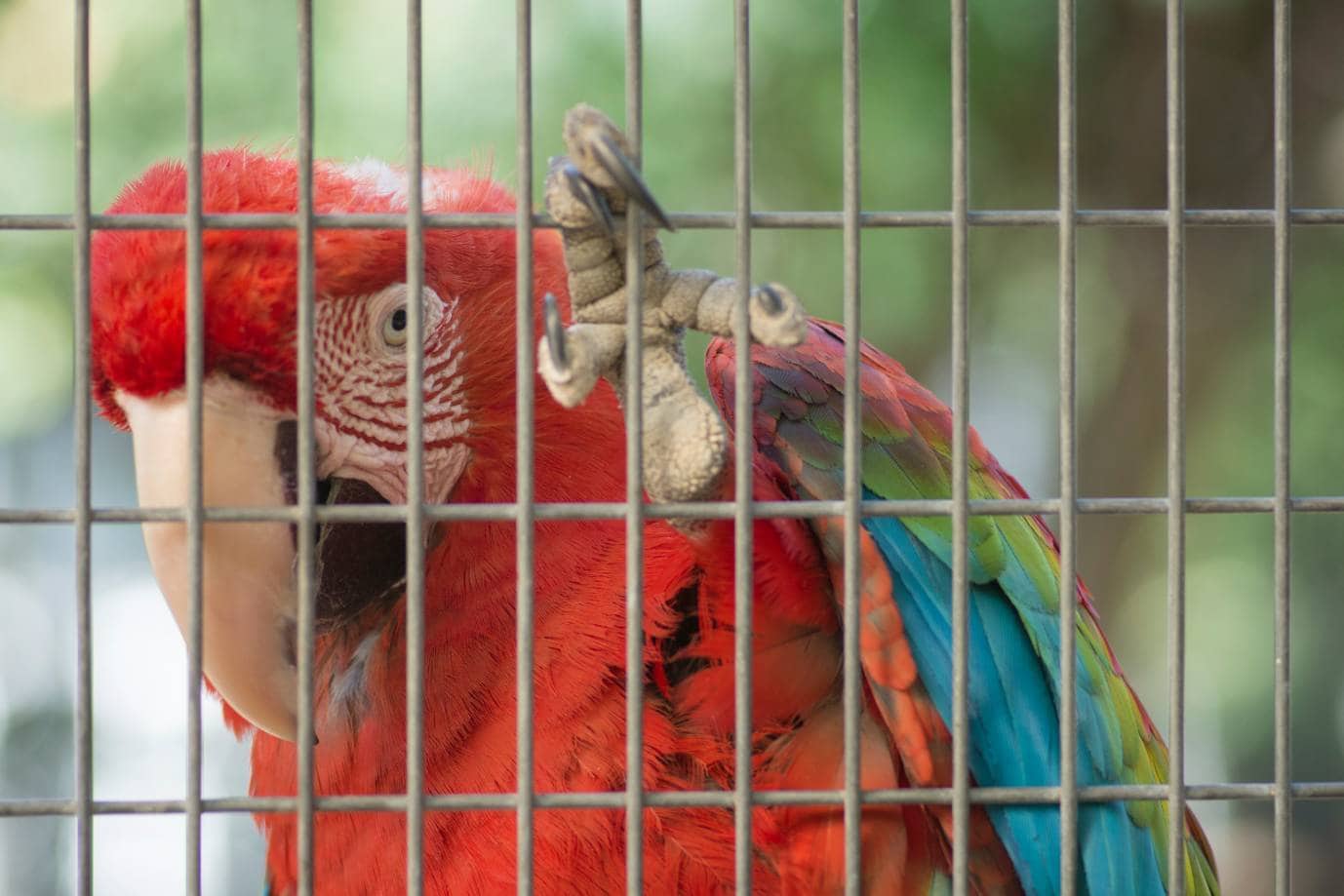 Most owners of Macaws know the essential value of socialization in the lives of their parrots, as in the wild, these birds are highly social and thrive living in small flocks and communities. However, as with most aspects of captive life, there are a few important factors to consider before housing two Macaws in one cage. While these birds live together happily in the wild, can two Macaws live together in the same cage?

The answer to this question is not as black and white as it may seem — there are too many variables involved. In this article, we look at a few of the factors that you need to consider, and we try to answer the question as best as possible. Let’s dive in!

Macaws are large parrots, often reaching lengths of up to 40 inches! Just housing one Macaw on their own requires a large amount of space and a cage at least 60 inches tall and 40×50 inches wide. Housing two Macaws would require a cage more than double this size. The best bet would be a small aviary, which is difficult to maintain and requires a large space to set up — and the Macaws still may not get along after this expensive outlay!

To test the waters, the best route would be to keep your Macaws close in separate cages and let them spend time together outside, but even this is no guarantee. Macaws can be highly territorial about their nest or cage, and even though they get along outside their cage, things could rapidly cage once they are housed together.

If you decide to house two Macaws together, it’s important to note that two males will likely end up fighting because they can be very territorial. Even females will likely squabble, and this can quickly result in a seriously injured bird at worst or a highly stressed bird at best — neither are good outcomes. Your best option is to keep a male and female together in the same cage because they are less likely to fight, but of course, this may result in breeding. Even males and females kept together may fight, though, as it depends entirely on the individual bird.

If you have found yourself with two birds that simply do not get along, the only way forward is to keep them in separate cages. Putting them in separate rooms may even be necessary depending on the severity of their fighting.

Can Two Macaws Live In The Same Cage?

It’s important to remember that all Macaws are unique individuals, and some Macaws simply cannot even be around other birds, let alone live with them! There are always exceptions, though, and it may be possible to keep Macaws in the same cage under certain circumstances. If your Macaws have been raised together from a young age, they may be able to get along and live in the same cage without fighting, but even this could suddenly change one day. It’s normal for Macaws to bicker and nip at each other from time to time, but it’s highly possible that this could escalate.

If you decide to house two Macaws together, it’s best to begin young, but if this is not possible, you’ll have to take the process extremely slow and closely monitor them. Try to place their cages close together, let them play outside their cages together during the day, and see if they’ll share food. Only if all these things go without incident should you attempt to put them in the same cage. Even if they seem happy together in one cage, you’ll still need to keep a close eye out. Make sure they have plenty of space in their cage where they can retreat to get alone time, and put out separate food and water bowls to prevent fighting over food.

There are benefits to be gained from housing two Macaws together — provided that they get along. It may help them feel safe and calm and of course, provide them company when you are not around. That said, all these things can be provided by you too, at far less risk to your bird.

In most cases, Macaws should not be housed together in the same cage, especially birds of the same sex. They will likely fight and potentially injure each other, will require a ton of space that is difficult to provide, and will need careful monitoring from you. It all depends on the individual bird, though. Some Macaws are far more docile and easy-going than others, and they may be able to happily share a cage with another Macaw. Macaws raised together may also happily share a cage, but even this may change over time.

Just one Macaw is a massive responsibility, and unless you have a suitably sized aviary, it’s probably better to keep them alone or at least in separate cages.