Home » OYE BAGGU » What Do Rats Eat in the Wild and as Pets?
OYE BAGGU

What Do Rats Eat in the Wild and as Pets? 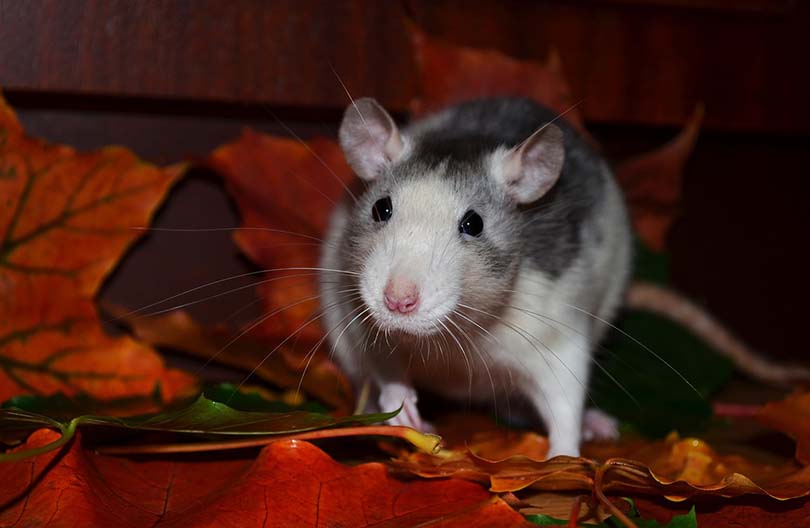 Rats have been seen as dirty rodents for far too long. Although they sometimes find themselves in less-than-sanitary conditions, people have fallen in love with them as pets. Rats live in almost all areas of the world. In the wild you can find them living in trees, shrubs, and tall grasses, but they also take comfort near our homes and spend time living in attics, eaves, and rafters.

Rats are essential to our ecosystem because they are a food source for dozens of different predators. If they are always being eaten, what are rats eating themselves? And is there a difference in their diet when they’re in the wild versus when they are our pets?

Where Do Rats Come From?

There are over 20 different rat species in the world, but most of us this of the common brown rat when they’re brought up. Rats belong to the Muridae family, meaning they are also closely related to mice. Scientists believe that the rat species originated in Asia, despite them being found on every part of the world except polar regions.

The evolution and growth of humans has taken rats from the fields of vegetation and lured them closer to cities. While many people still believe they are dirty animals that spread disease, there are also many more people who know what good companions they can be.

Rats are nocturnal animals that you don’t often see during the day. All rats spend the majority of their time hiding until the sun goes down. You can find them in gardens, houses, barns, and other man-made buildings where they can build a nest or burrow. So what do these rats eat since they live in such close proximity to us?

What Do Wild Rats Eat?

Rats are omnivores and have a varied diet. Honestly, they aren’t very picky about what they put in their mouths. In rural environments, most rats eat leaves, fruits, stems, grains, cereals, smaller mammals, eggs, snails, fish, and seeds. When times are really desperate for food, they have been known to turn to cannibalism to survive. Rats have to adapt to what they’re eating in order to survive in different environments.

City rats have migrated there because there is almost always a steady supply of food. City rats are usually nested near some sort of water, like a drain, dump, or sewer. This is because water intake is equally important to them as food. Unfortunately, they often end up drinking poor-quality water that would be considered contaminated by us. Because of their location, most city or sewer rats end up eating trash or other garbage thrown out by humans.

What Do Pet Rats Eat?

Pet rats live a more luxurious life because they get the freshest food directly from us. They don’t have to run through the sewer system to get them and instead are handed a feast on a platter.

Here are only some of the foods that your pet rat’s diet should include:

What Foods Are Not Safe for Rats?

Despite being told that rats eat anything they come across, this isn’t the full truth. While some rats put whatever they want in their mouths, they do have instincts that tell them what to stay away from. Their instincts are not always right, however, and they lack the ability to expel food and sometimes die from intoxication.

Here is a list of rat foods to avoid giving your pets:

How to Feed Rats

Now that you know what is safe for your pet rat to eat, you probably need to know how to feed them. Before offering them a meal, consider what foods should be cooked to get rid of bacteria, like raw chicken. Make sure you peel all fruits and remove the seeds from them. Don’t forget to chop them up well so they can eat without difficulty. Remember to always wash all fruits and vegetables to rid them of any harsh chemicals like pesticides. If using frozen veggies, make sure you thaw them before serving them.

The majority of a rat’s diet should consist of seeds, fruits, and veggies. Offer your pet rat an animal protein only once or twice per week. Rats eat several times per day. Leave a seed mix in their cage for them to nibble on throughout the day. Finally, don’t forget to change out their old water for fresh water every day.

The Difference Between Rats and Mice

Don’t confuse rats with mice just because they are related. Rats are nearly double the size of mice with longer legs and smaller ears. Mice have longer whiskers and a combination of light and dark tones in their fur, while a rat’s coat is mainly black, brown, or spotted. Some rats are also known to be more aggressive than mice.

Rats aren’t the dirty, creepy animals that we have been told they are. Sure, it’s best to steer clear of wild rats, but that doesn’t mean you can’t have a gentle, tame rat who enjoys your company. These animals are intelligent and have unique personalities that a lot of animal lovers appreciate. Even though their eating habits aren’t entirely different from being in the wild, we can offer them a much healthier diet when they are under our care.