Are There Scorpions in New York? 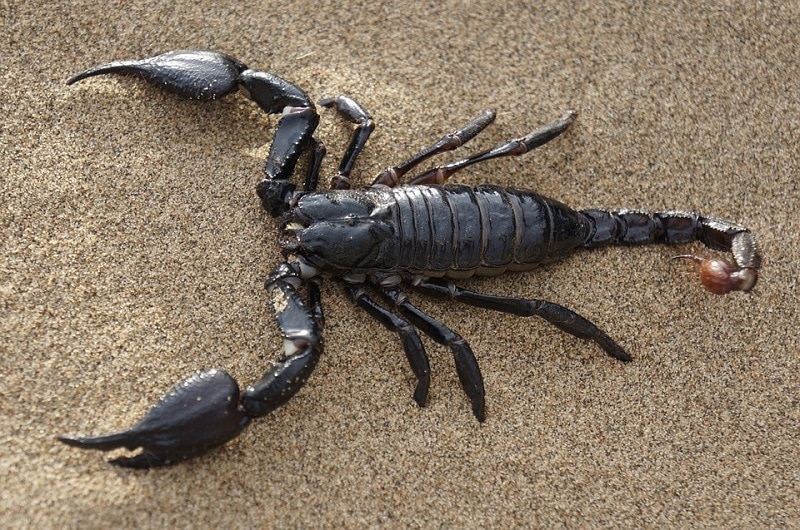 In short, there are no known scorpion species that live in New York. So, in the unlikely event that you run into a scorpion in the wild in New York, it’s because someone released a pet, and they won’t survive for long there.

But why can’t scorpions survive in New York, and what other animals do you need to keep an eye out for? We break down everything that you need to know here.

The simple truth is that the climate in New York gets far too cold for a scorpion to make it through the winter. Scorpions are cold-blooded invertebrates, and the long New York winters will literally freeze them to death.

There are also far more natural predators in New York, so the chances of a scorpion even making it to winter is slim.

While you don’t have to worry about scorpions in New York, that doesn’t mean there aren’t other potentially dangerous animals there.

Turtles probably aren’t what comes to mind if you’re thinking about dangerous wildlife, but a snapping turtle isn’t an animal that you want to mess with. They have an extremely strong bite and have no problem going after fingers or other body parts that get too close.

One of the most dangerous animals that you have to worry about in New York is the rattlesnake. While there aren’t as many rattlesnakes as in other parts of the country, New York does have two native species: the timber rattlesnake and the massasauga rattlesnake.

Both are extremely poisonous, but their population numbers are dwindling, and you can only find them in select parts of the state.

Another snake that you need to be careful around in New York is the copperhead. They are also extremely venomous, and if you get bit, you’ll need to seek out medical help as soon as possible. These snakes are only found in select parts of the state, and they’re much smaller in size than rattlesnakes.

While it’s extremely rare for a bat to attack you directly, their saliva and feces are extremely toxic to humans. Therefore, if you have bats living in your home or attic, you need to remove them as soon as possible.

Still, bats fill a hole in the ecosystem that’s there due to a lack of scorpions. They help keep insect populations under control, which is exactly what scorpions do in desert environments.

Another animal that you need to keep an eye out for in New York is the skunk. While their notorious spray is no joke, rabies is the more significant concern. Skunks are foragers and scavengers, so the best way to keep these animals at bay is to keep trash and food closed up and away from your home.

While the bite of a tick isn’t overly painful, the true concern with these animals latching onto you is the fact that they carry diseases. They’re found all over the state, especially in wooded areas.

If you find a tick on you, you need to remove it by spinning it counterclockwise; otherwise, it can deposit its toxins into your body while you’re removing it.

Just because you don’t have to worry about scorpions in New York doesn’t mean there aren’t things in the wild that can injure or kill you. While the most venomous of the bunch are the snakes, you need to be careful with any wildlife that you encounter because they can carry various diseases.

11 Spiders Found in Maine (with Pictures)

Are There Scorpions in Hawaii?